So myself, Funky Hajia and GB were going through a document which was due for release to the public. As this was going on I didn’t know what led to Funky Hajia saying she’s used up a brand new pen (ball point pen to be precise) till the ink ran dry before and before I could even say anything GB too said same thing. I couldn’t call them anything short of evil. As in using up a pen till it could write no more has to be one of the most difficult things one can do. That’s tantamount to torture if you asked me.
I have been using pens since I was in Primary 4 and the closest I have done is use up maybe half of the ink that came with it let alone finish it. After these two evil guys (they clearly know I don’t mean it) said they had done this dastardly act I took it upon myself to ask other people if they had done same because at that moment I felt like I was the only one who had never done that magic before. As in just to confirm evidence that those were the only two people in this life that can use up a fresh pen till its ink ran dry.
To my surprise it felt like I was the only one who had never done it before. As a matter of fact it now looked like I was the evil one. Some of my other friends that had used the ink of a pen up to extinction  claimed they had to or their folks would not give them another one. I am like tapping pens were normal nah, just fap someone’s pen and move on. As in how do you keep a pen throughout its lifecycle? I mean religiously use the ink till it writes no more. I was tempted to say they will know how to keep a grudge forever (does that even relate to the matter at hand?, lol).
Having said all that using a fresh pen till the ink runs dry (as in actually using it to write and not paint) has been added to my bucket list.

You know it is going to be harder now than it was back then because who really writes these days? We all type out stuff mostly.
So help me GOD.
I did not mean to waste your time with this post. Thanks for stopping by. Enjoy the rest of your weekend.
BLESS !!! 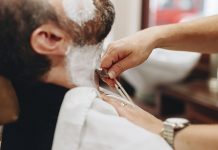