I knew the Sallah break was going to be one hell of an interesting one. Saturday and Sunday were days I was surely going to go out. My people had to pay their libations, but Monday was one day I wasn’t sure how it’d pan out, at least at the time I was making plans for the break.

My plans were to record a podcast, go to a wedding and head home to rest on Saturday. Sunday had to be the most complicated of all the days. I had to be at Sangotedo and Odogbolu and Monday was Ojude Oba but was a tentative one. Tuesday was not planned for, but I hope I was going to rest on the day.

I rushed home to do my laundry so nothing would disturb my plans of enjoyment for the weekend. Not that I usually hung out on Friday nights anyway. I did that and watched a documentary; Afrobeats: The Backstory which I found remarkably interesting. Ayo Shonaiya did a wonderful job and I have come to realize documenting stuff could bring about memories for the future, so I don’t think I am doing too badly. I slept after midnight; I think.

I was up at about 7am but didn’t get off my favourite couch till about 10am because I had booked a studio session for recording my podcast.  One of the guys had to cancel because there was mad traffic coming from the Sangotedo area to Yaba where the session was billed to be held. So, I was lying in bed thinking of what to do. I settled for buzzing Seyi my guy and Ramsey who was a regular on the Movies, Movies and Sports (MMS) podcast. I decided we just had conversations about anything that came to mind. 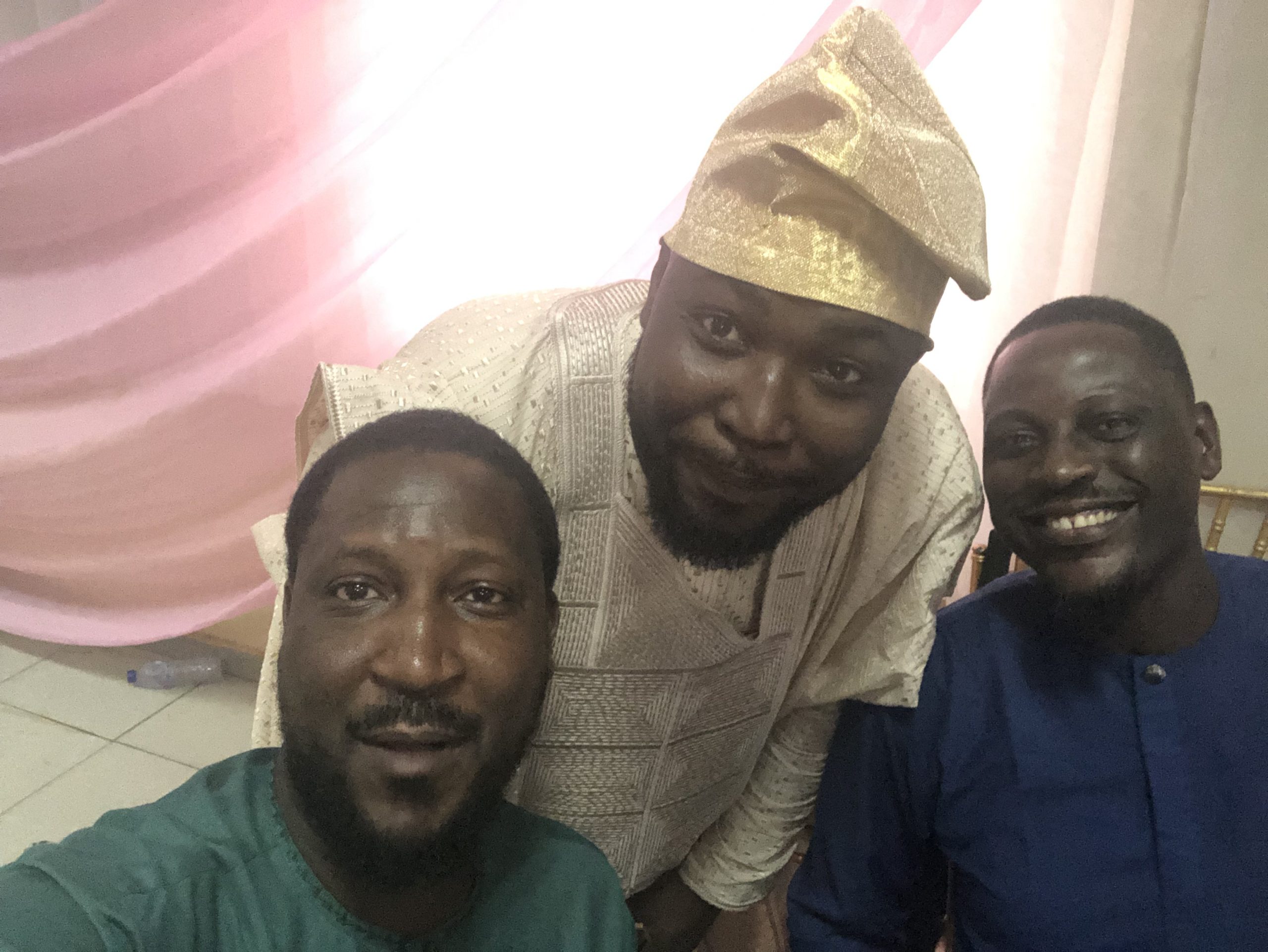 I want to believe that went well, well till you hear it. After the recording, I changed and headed for a 70th birthday party. My guy whom I had known from Aberdeen invited me and his real guy who is my brother for his mum’s birthday party. He was so good to me even after my brother left Aberdeen. The party was awesome, and I had fun. The next day was going to be complicated.

My move on this day was crucial. I had to be in Odogbolu and Sangotedo. I decided to go to Sangotedo first in the morning and head to Odogbolu with the aim of returning to Sangotedo that same day. I didn’t get to Ijebu till 3pm and spent about 3 hours before heading back to Sangotedo. It pained me that I didn’t get back to Sangotedo before 8pm as most of my guys from Naija Pundits had left the gig. Yeah, Slimee one of our own hosted the lads and it was lit as always. A je  ajeyo, a tun gbe take away lo.

Now this was Ojude Oba day. I had zeroed my mind on going but my brother was all pumped up for it. So, he gingered the move. We headed to Abeokuta first to drop his family then headed to Ijebu Ode but first we had a brief stop at Chicken Republic. Chick Wizz was the order of the day, it’s a family ritual. While the Chick Wizz was being prepared, we walked into the next store to get drinks and then an argument ensued as we both walked in.

So, we met five people in the store including the manager and it was obvious they were friends or family. All five of them assumed my brother and I were twins and we both smiled. Then one of them went on to say no that we weren’t twins but looked alike. I now said I am Taiwo, and my brother was Kehinde. Another said he thought so too while another said I am the quiet one and I laughed aloud before another said no it’s my brother that was the quiet one. We got our drinks laughing out of the store, picked up our Chick Wizz and headed to Ijebu Ode.

The trip to Ijebu Ode was little over an hour. We parked at our uncle’s house and went on to join the walking train as is the normal practice. All horse-riding families have their Entourage, and they March on to say hello to the Monarchs of the town before ending up at the Paramount Ruler’s (The Awujale of Ijebu Land) palace. It rained and people didn’t even care, you needed to have seen children excited to get their march on. I saw my cousins and people I had not seen in a while. The excitement must have stemmed out of Ojude Oba not holding in 2020 and 2021, so it was understandable.

Highlight for me on the day was seeing and taking pictures with rapper; Vector the Viper and my family and friends, dancing, and gunshot salutes (local hunters’ guns though). My cousin was on one of the horses (as usual) and he offered me to ride for a few minutes, but I declined. I didn’t get to go into the palace as the rain was pouring heavily, my brother however did. He had mad fun.

I left for Lagos that evening at about 6pm and didn’t get home till 10:45pm. I was supposed to hook up with one of my sisters and a friend the next day but they both canceled, and I was glad because I was tired. So, I was home all through Tuesday.

It was a fun holiday if I say so myself though I was diagnosed with malaria on Wednesday.

So, if you are considering a fun thing to do next Sallah break, Ojude Oba could be an option. Thank me Later.