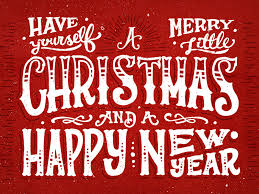 Brace yourself for the list y’all have been impatiently waiting for. The best 13 songs of 2013 post is finally here and trust me, I took my time to compile this list though a little survey helped shape the final cut. I must say 2013 was a good year musically and the old guns (Banky W, D’banj, Sound Sultan et al) stepped up big time but the young cats (Olamide, Davido, WizKid etc) eventually gave them a run for their money. There are loads of songs to pick from and as usual I expect to get sticks from you guys if your favourite songs didn’t make the list. Last year I was taken apart for not putting songs like First of all, ihe ne me, high and so on in my top 10. I just have a feeling this year would be worse but let’s see how it goes though.

Find the list below.
1. Turn-up (Olamide) – it was a tough decision picking between this song and the number two song. This is a club banger any day. It is a song that I dance to in my sleep. Olamide really had a good year. This song has makes me miss my drinking days, you know when you are high you damn the consequences and groove to whatever you hear. Not that I can dance but play me Turn-up and I will hit the dance floor immediately. The video wasn’t bad too. Amazingly my one year old niece tilted the number one position Turn-up’s way. You need to see the smile on Fifi’s face whenever the song comes on.
2. Durosoke(Olamide) – when this song was released, it was already my number one song at the time until Turn-up came into the picture. Olamide killed this track and I don’t care who’s ox is gored, this is Naija’s best rapper at the moment. “O da eyan mo, o mo baddo” . Another song Fifi loves only that she grabs the phone from me when Turn-up comes on but just dances when Durosoke is played. The video didn’t get good reviews but at the end of the day the song is what we wanna listen to.
3. Yemi My Lover (Olamide) – y’all wondering why Olamide is number 1 to 3? Its simple, he has been the most outstanding artist this year. This song is funny and since I heard it I have been searching for the Yemi my lover movie, though I am not sure if there’s any relationship between the song and the movie. I have said this before and I will say it again, if you ride a night bus listening to Turn-up, Durosoke and Yemi my lover trust me you won’t snooze.
4. Jaiye Jaiye (Wizkid ft Femi Kuti) – not a big fan of Wizkid but this song is the ish. He did justice to the beat and I am glad he was able to convince Sarz to give him the beat. Nice song, lyrics were on point and Boss man Femi Kuti was also instrumental to the outcome of the song though I didn’t really feel the video. Wizkid will surely be around for a long while.
5. Sho le (Sean Tizzle) – its D’tunes again o. D’tunes sure knows how to make a relatively unknown person become a super star. Sean Tizzle actually owns the song but trust me I will give D’tunes all the credit, can’t even count the amount of times I have written D’tunes. Oh I just did again. Good song you can buck to and a catchy hook. Sean Tizzle’s follow up singles (Mama eh, International badman and komole) aren’t bad too.
6. Feel Alright (ShowDemCamp ft Poe and Boj) – this is one track very dear to me. I can listen to it all day everyday. Boj killed the jam but Poe was the man for me. Tech and Ghost of Show Dem Camp too were on point.
7. Skelewu (Davido) – Davido will always drop that monster track that will get you to the dance floor. Not a bad song and the final video wasn’t bad too.
8. Man of the year (Phyno) – this is a jam, I mean a tight jam. This dude makes me feel like I can speak Igbo. He flows effortlessly and if you haven’t heard this track, please look for it.
9. Pull Over original and remix (Kcee) – not a fan of this dude too, but every club or party I go to someone must walk up to the DJ to request for pull over (both original and remix) or you hear an unrehearsed chant from people asking for the song be played. My take on the songs? Not bad at all.
10. Caro (Starboi ft Wizkid & LAX) – don’t know what to say about this song, but I find myself humming it every now and then. I need to stop though, hahahahaha.
11. The Kick (Wande Coal) – how can you make a list without mentioning Don Jazzy? The kick is a sick party/club jam. Wande Coal is truly a black diamond. Nice beat, good lyrics.
12. Bad Guy P Remix (LOS ft Banky W and Sarkodie)- Mr. W actually rapped on this jam and he did so well. I would say he killed the track but it would be bad if I did. The other cats on the track also dropped cool verses. Its one of the songs I listen to when jogging in the mornings.
13.Before December (T-Flava ft Blackmagic & Vector the Viper) – I hardly listened to this song when I first downloaded it. One morning after jogging I just decided to play it and since then I have been listening to it daily. Fifi also loves this song. Not popular but if you can get this song on your playlist, you wont stop listening. T-Flava is a producer, he produced Blackmagic’s fantasy that made my top 10 songs of last year.

Expecting the usual stick from you guys but come on I know you would love some of the songs on this list. Thank you for reading guys. Merry Christmas and a prosperous new year to y’all. My birthday is Sunday though but sorry to disappoint the ladies and gentlemen that want a hook up (relationship) on this special day, nothing is happening this year, lol. Thanks for understanding.