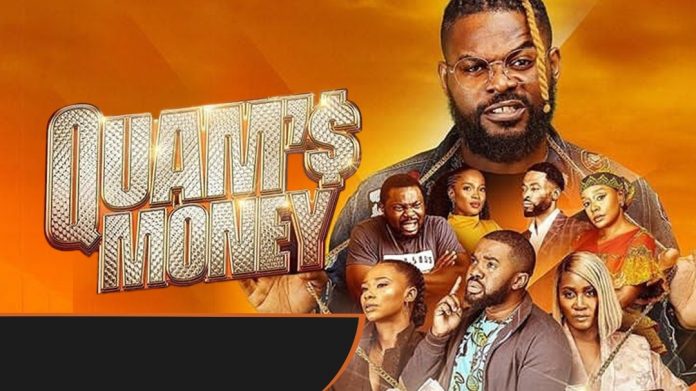 Quam’s Money and Finding Hubby were two movies I pegged down to watch on the 21st of December, 2020. I was going to binge watch on them the same day then I took ill. By the time I recovered, they were both off the cinema schedule. Anyway, I saw Finding Hubby a few weeks ago on Netflix.

I took a brief hiatus from Netflix after watching Finding Hubby up until last night. Something kept pricking me to go to Netflix whilst I was thinking of what to say on radio today. Boom, Quam’s Money was stared me in the face as soon as I fled to Netflix. I dropped everything I was doing and started watching. The movie had Falz ‘The Bahd’ Guy as the leading character and it also featured Toni Tones, Nse Ekpe-Etim, Jemima Osunde, Michelle Dede and Uchemba Williams.

I am not interested in IMDB’s rating of Quam’s Money, yeah they rated it 5.5/10. I enjoyed the movie, yes it can be better no doubt but Falz was the reason why I ventured into watching and he didn’t disappoint. Every scene he appeared in was damn funny or should I say all his dialogue in the flick were hilarious.

Oh by the way mentor Isioma Osaje aka MsJazzified was one of the producers. I will personally rate it 7.5/10 and will most definitely see it again. You should too.